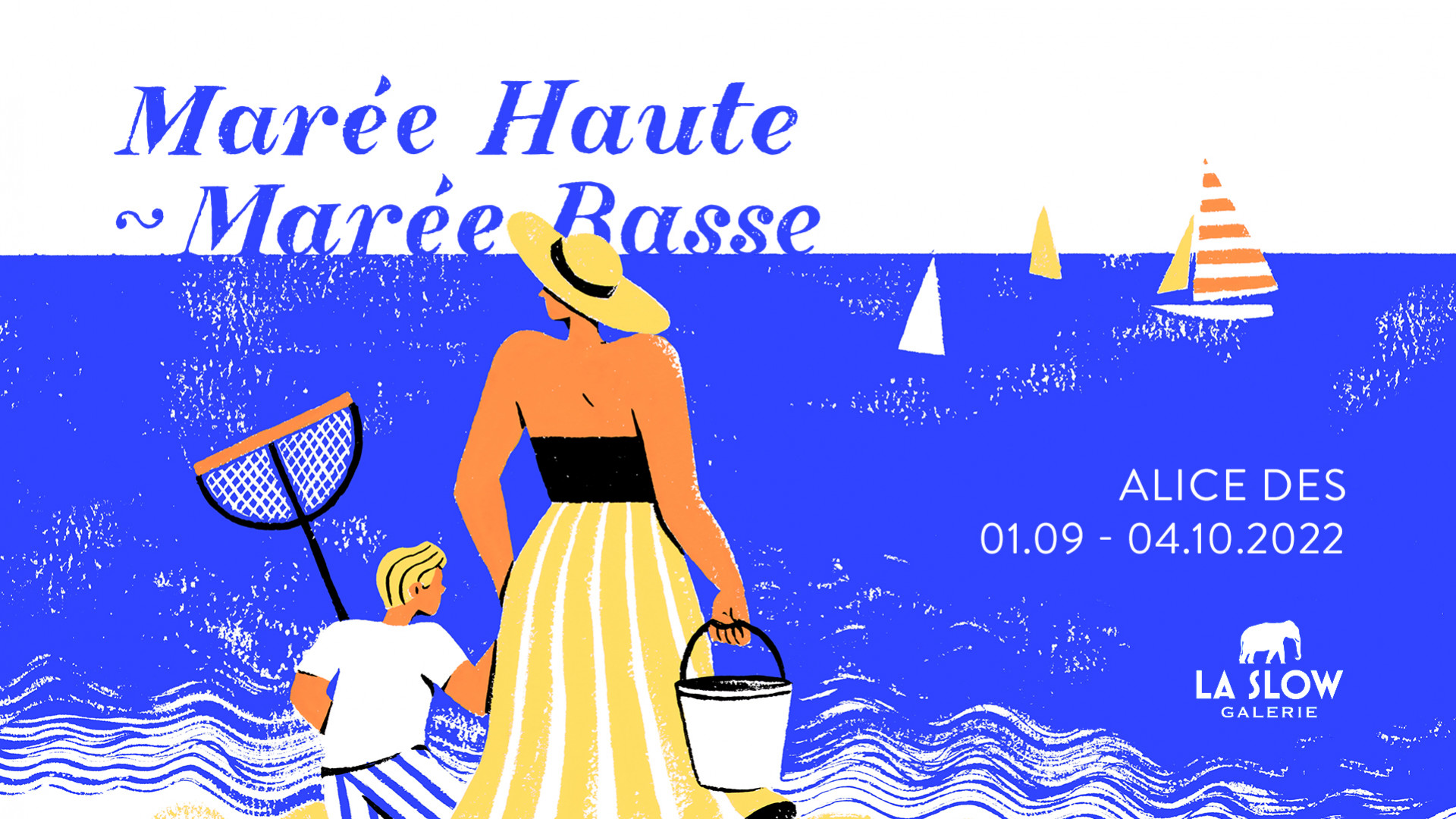 "In summer, on the Opal Coast, we live by the rhythm of the tides. The small booklet of schedules is within reach on the kitchen shelf to plan the day. At high tide, we go and get a sole or a crab in the port of Boulogne-sur-Mer, we make a dike in Wimereux, we enjoy an aperitif with friends or a mussel-fry during the traditional Fête de la Moule - if possible on a terrace, and especially with a view of the sea. At low tide, one carefully sets up one's towel - not too far from the water, but at a distance from the teasing wave, one goes swimming or sailing, one fishes for shrimps, one picnic in spite of the sand that invites itself in the packet of chips. Some summers, the sun hides and makes itself desired. Sometimes even a storm announces itself, a gust of wind makes the cabins fly away, the waves burst on the breakwaters. After all, this is the North. Doesn't that make the memories of the good old days even more delicious?"

Born in Boulogne-sur-Mer, Alice Des spends all her summers in Wimereux. Now living in Paris, Alice continues to be inspired by this northern seaside that she draws with black gouache at first and now in color: we discover in this exhibition a sunny temperament with a textured, sober and luminous palette inspired by the "graphic charter" of the seawall with "its blue and white cabins, enriched with yellow for the sun, black for the shadows, and a touch of crustacean orange." We enjoy the tasty memories of Alice's summers, including the unmissable mussel festival held each year in Wimereux.
held each year in Wimereux.

Alice Des is a French illustrator originally from Pas-de-Calais, now living in Paris. She graduated from Sciences Po Paris with a master's degree in communication. She worked for four years as an illustrator's agent before launching herself as an independent artist.
Passionate about graphic novels and photography, Alice places her characters as subjects in narrative compositions.
She enjoys taking on new challenges and translating her style into new techniques: painting, engraving, animation, ceramics...
Alice is notably the illustrator of Clit Revolution, a web series available on FranceTV Slash.

to be notified about our exhibitions, news and events